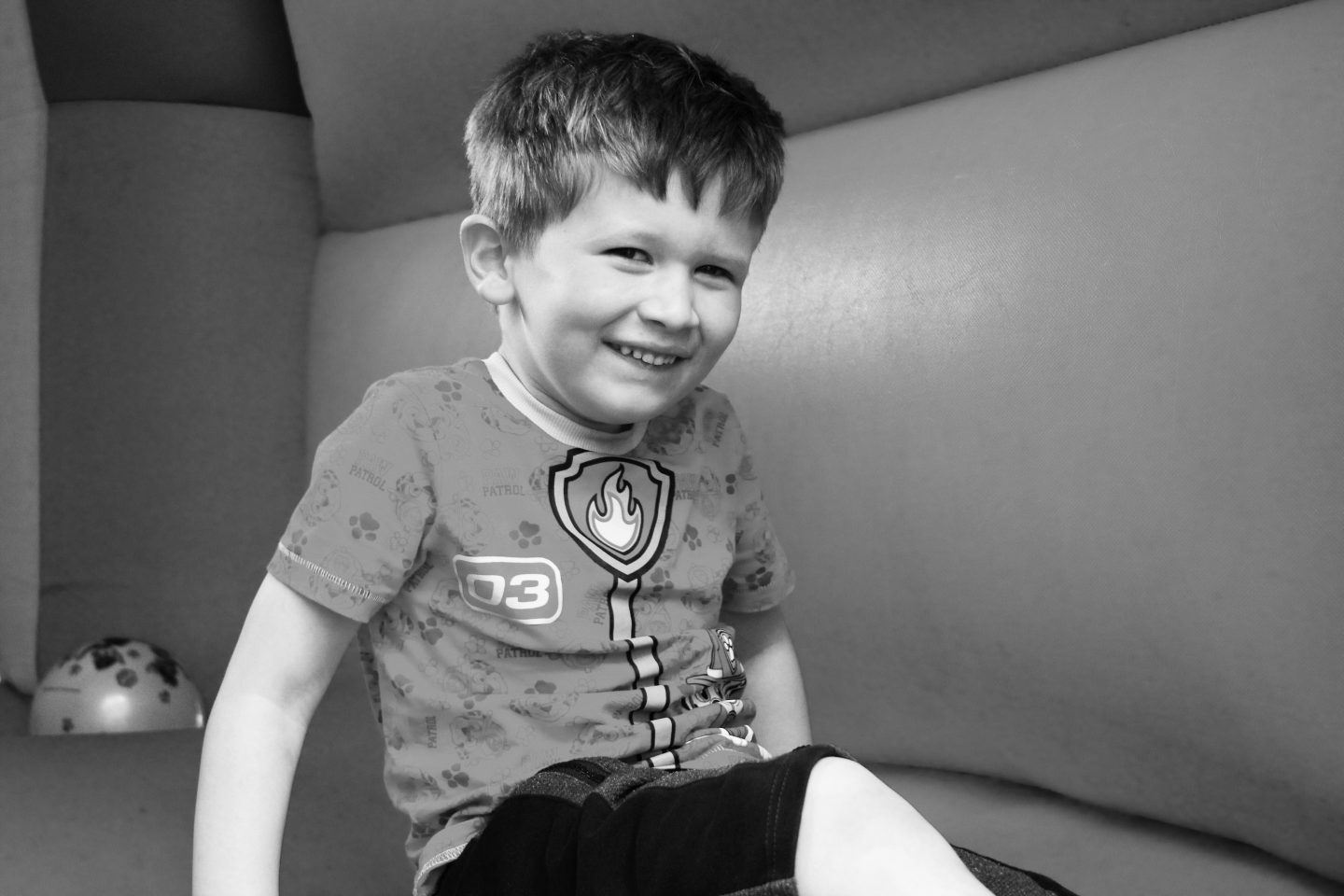 In a few weeks my beautiful first-born child will start school. My precious boy.

I’ve had a knot in my stomach for months just thinking about it.

I have lots of worries about Brody starting school. No doubt similar to other parents out there walking a similar path to ours. When your child has a learning disability, can’t talk, lacks danger awareness and has medical conditions, lots of worst case scenarios play out in your mind when you think about trusting them in the care of other people. It’s impossible not to worry about what ifs.

But right now, the thing that is at the forefront of my mind – because it’s the first thing we’ll encounter on this new journey – is the school taxi. And right now, I hate the thought of it.

Trusting someone else to take my son to school.

Trusting someone else to drive carefully with him in the back.

Trusting someone else to make sure he is safely in his seat.

Trusting someone else to know how to administer emergency medication.

And trusting someone else to be a welcoming face for Brody in the morning and then there waiting for him when school finishes.

It’s all about trust and acceptance really isn’t it? And that’s something you continually have to get your head around when parenting a child with disabilities. Because our children are vulnerable. They need more help, because they can’t always help themselves. And they struggle to communicate how they feel, as well as what they want and need.

Thinking about school when it isn’t mainstream is not easy to get your head around at first. At least it wasn’t for me. Because this isn’t school as I know it. It’s not what I envisaged when I dreamt of Brody reaching this milestone. And although that’s ok, it takes a little time to get used to.

There might be no teddy to take home for the weekend and write about various adventures. There might be no learning to write. There might be no reading Biff and Chip books. There definitely won’t be any walking him to school and picking him back up, reunited with cuddles at the school gate. Eagerly awaiting stories about his day, after chatting to other parents about play dates.

Instead, there will be a curriculum based around life skills. Learning to eat and drink unassisted. Learning Makaton. Learning to recognise personal items, like a coat or school bag. Maybe learning to use the toilet. And a communication diary – a to and fro of scribbles from teacher to parent and vice versa to replace those stories I once imagined would take place when I picked him up.

And then of course there’s that school taxi. An escort walking him into school, and there again – instead of me – collecting him after his busy day.

Watching Brody disappear into a stranger’s car is something I dread. It’s going to be hard. Really hard. And I’m not really sure that anyone will understand that, except those who can relate.

Knowing that he won’t understand why or where he is going – at least until it becomes a familiar routine – makes me feel utterly sad and helpless. And the mere thought that he possibly might find this upsetting is unbearable.

So I’m just hoping (and praying to a God that I don’t believe in) that he will take it all in his stride and be okay. And that maybe, eventually, he might even enjoy the ride to and from school. Lots of parents have reassured me that their own children do.

I suppose I’m hoping that this is one of those things that is much harder for parents to come to terms with, than their child. Because they’re so precious to us. It just doesn’t sit comfortably letting a stranger take them and pick them up from school. But I suppose it will become our norm. Eventually.

Despite being overwhelmed with feelings of fear, mixed with hideous mum guilt and admittedly some sadness, I know that school will be good for Brody. And I’m sure that the escort and taxi driver will take good care of him. I’m sure they’ll become part of his new routine. I’m sure I’ll maybe even one day be glad of the taxi on cold winter mornings (once I get over the fear of someone else driving him in various weather conditions of course).

The school taxi will be good for us. Not only because I won’t be able to physically manage to take him to school in another village when his sister starts school, but because it’s a step forward in his independence. And that is good for him.

Although, I wish so much Brody that we could have walked that path to your local school together, I know that your new school will take great care of you. I know that you’ll meet lots of other boys and girls just as special as you are. And I know that you will continue to develop and amaze us – taking everything at your own pace, surrounded by love from people who care.

And let me tell you, I couldn’t be more proud that you are my son.

This post was originally written for and published by Firefly Community.