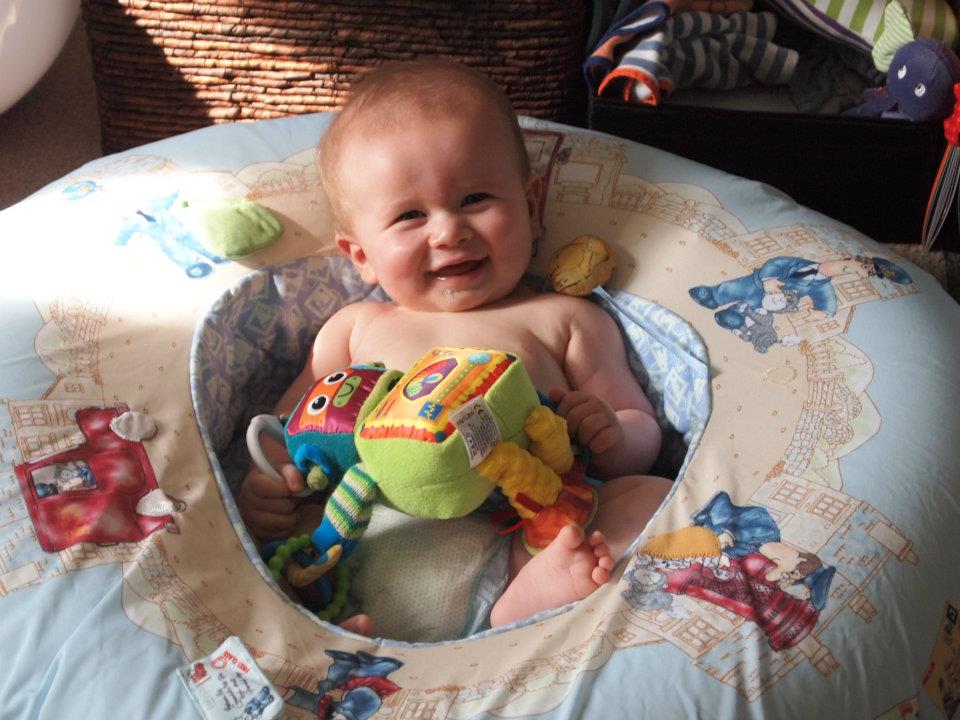 When Brody entered our world just over 5 years ago, he passed all of his newborn tests and was a really content and happy baby. I was completely unaware of undiagnosed genetic conditions back then and the journey we were about to take together. He was, and still is, is a total joy (except when he has a tantrum).

I began to notice that he wasn’t developing typically when he was a few months old. A classic case of mother’s intuition coupled with all of the baby and toddler classes I signed up to.

First there was Water Babies, where all of the other babies looked ahead when they were placed on their tummies and held underneath their chest in the water. Brody struggled to keep his head up at all. I’d go back to the changing room afterwards amazed at how all of the other mums would let their babies sit on the hard floor with a towel wrapped round them whilst they got dressed. Not scared of them falling back and hitting their heads at all – because they didn’t fall back.

Then there was Rhythm Time where all of the babies babbled and waved on queue. As the months went by they were able to perch on their mum’s knees with ease and understood to go and get their “rhythm sticks” out of the basket and when to put them back. I’d wedge Brody in-between my legs so that he was well supported and the woman who ran the class would kindly pass me our rhythm sticks. More often than not, I’d swallow the lump in my throat as another child took pleasure in taking ours back to the basket afterwards.

Next up was Toddler Sensory. The last class I put myself through. Where all of the toddlers were able to walk along the obstacles, understand the basic games, attempt to sing along to songs and eat the snacks without gagging or throwing up.

Honestly, those baby and toddler classes were heart breaking because the worry back then was unreal. One of the hardest stages of this journey was when I just knew something wasn’t quite “right”, but family, friends, and health professionals tried to convince me otherwise.

And the constant vomit that we experienced on a daily basis and inability to eat solid food was just reflux. Food aversion and delayed speech? Apparently also refluxes fault.

Then just before Brody turned two, he had a cluster of seizures and was hospitalised for a few days. It was a pivotal moment for us as a family. The health professionals began to take notice and I was told that he had Global Development Delay. We had no answers, but a list of new people in our lives – paediatricians, an OT and a physiotherapist, to name but a few.

Lots of parents have similar journeys and tests go on to reveal a diagnosis. However, our journey has been one that’s lacked answers. What we do know now, a few years on, is that Brody has a learning disability, autism and epilepsy. He also has low muscle tone and hypermobile joints. Most recently he’s began to develop what appears to be a cavus left foot, which has resulted in him wearing an AFO and me pestering his paediatrician to refer him to a muscle clinic for fear it’s part of something regressive or due to a muscle disease (thanks Google). But despite all of these factors, Doctors haven’t yet found a unifying diagnosis to explain his disabilities and symptoms so he remains primarily undiagnosed, despite lots of tests. 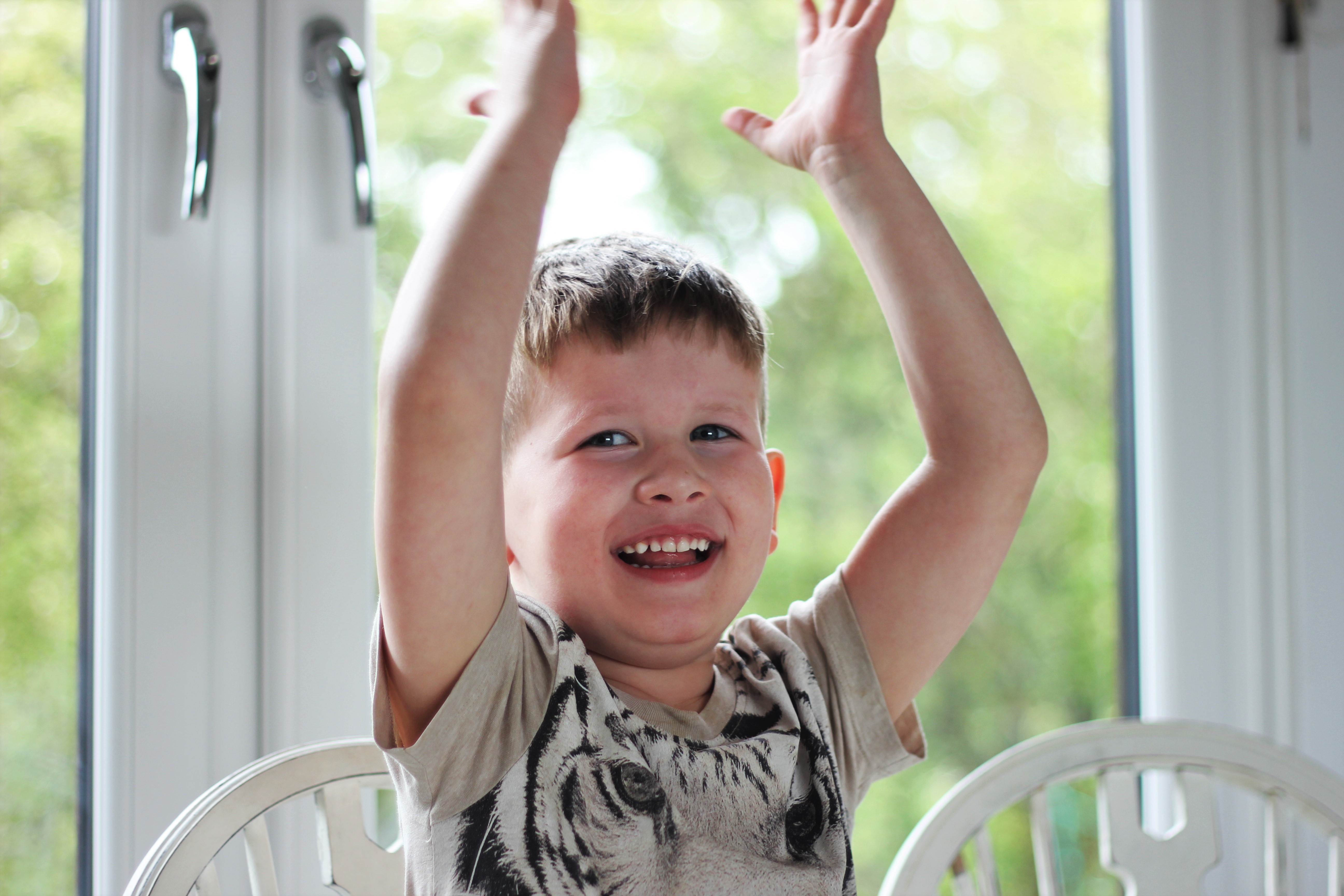 We are part of a genetics study called the DDD (Deciphering Development Disorders) study, but this may not bring us answers and can take years to get results. I’m already knocking on genetics door to get us on to the 100,000 Genomes project, but of course, it’s never that straight forward. We’re on a waiting list and apparently it’s “amber”.

We are living in limbo.

But I know we’re not alone thanks to a charity called SWAN (Syndromes Without A Name) UK. Amazingly, it’s estimated that 6000 children are born every year in the UK without a diagnosis to explain their disabilities. And many of these children remain undiagnosed into adulthood.

We may never get a diagnosis.

That’s not easy to come to terms with. I love Brody with all my heart and I know that everything happens for a reason. But sometimes I wish I knew what that reason was. No diagnosis means no prognosis after all. Still, having others to talk to who can relate really helps. It can make you feel less isolated in a world of unknowns.

SWAN UK is the only dedicated support network for families of undiagnosed children in the UK and it’s so important to me that other families know that it exists.

The mum who is currently attending the baby and toddler classes, noticing gaps in her child’s development and the difference between them and their peers.

The mum who’s told everything is “just reflux”.

The mum who’s told that boys are “just lazy”.

The mum who is knocking on doors but not yet being heard.

The mum who’s just heard the words Global Development Delay in a white walled Doctors room, or a more honest “we don’t know”.

And the Dads too of course!

I want them to know as soon as possible that they’re not alone. I wish I’d known that sooner. It may not change the path that you’re on, but it will definitely help you on the journey.

This post was written for the charity Cerebra,  a unique national charity that strives to improve the lives of children with neurological conditions, through research, information and direct, on-going support.