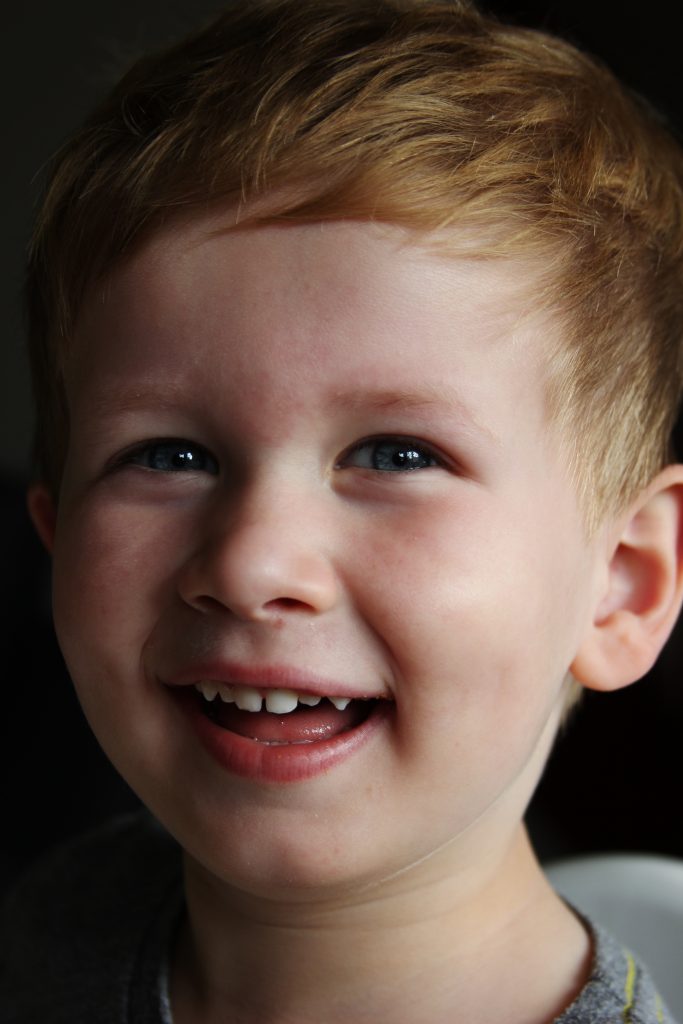 I’ve been thinking of writing a blog about life with Brody for a long time. So much so, he is 4 next week and when I logged in to Word Press (I wasn’t aware I had a login), there stood an empty blog about a mummy and her one year old…gulp.

I know I wanted to write back then for the same reason I do now. To offload. To put it all out there. To share information. To write about the ups and downs of life with a beautiful child with Global Development Delay. Sadly, back then though, it wasn’t entirely clear that Brody had learning difficulties. Or at least it wasn’t confirmed. I was scared to write because putting it out there would make it reality.

My son is disabled.

Brody was born full-term on Friday, 13th January (I know) 2012 by c-section after a long failed induction. He was the happiest baby EVER. No one could deny it. He smiled at everyone and laughed at everything. He rarely cried. I was one of those (quietly) smug Mum’s who sat with my content baby, whilst other poor Mum’s listened to their bundles of joys wail and throw tantrums. I’ll be honest – it was awesome.

As time went on, in the first year, the main difference between Brody and his peers, minus a slight delay, was vomit – lots of vomit. I used to be scared to take him places because you could guarantee at least once a day, he’d bring up the entire contents of his stomach. Anything lumpy, that was it – he gagged and spewed. Both his first Christmas and first birthday  hold memories of him (and me) covered in sick, lump in my throat, trying not to get upset and enjoy those first memories.

It took a long time to convince my GP practice that it was as bad as it was, as he put on weight despite being sick. Eventually, after the first of what would be many battles, he was prescribed Omeprazole and Domperidone and the vomit fest reduced somewhat.

I’d later notice that Brody didn’t chew really at all, which didn’t help with the gagging and that he could retch just looking at things or touching them. Picture this: a mum at soft play in a pitch black sensory room with her toddler. He notices stringy lights on the floor and is promptly sick in the ball pit. It’s dark. There’s vomit.  It wasn’t a fun experience. That there folks is Sensory Processing Disorder, and let me tell you, it’s a real bitch.

Anyway, to cut a long story short, my sweet boy was always the “slow” one at baby groups, then toddler groups and then one Saturday in October 2013, when he was around 21 months old, he had six seizures in one day. This would be the catalyst that got paediatricians noticing and involved and so began my life of hospital appointments, occupational therapy, physiotherapy and speech and language therapy. Throw in a dietician, educational psychologist, hearing and sight tests, joyous TAC meetings, some EEGs, an MRI and a DDD study (and that’s not even it all)and here we are 2 years later…not really any further forward from where we began.

Good old GDD. A term used to explain the unexplained.

What we do know is that Brody has epilepsy (diagnosed in 2015 after he started having frequent seizures – that’s another blog post), along with hypotonia and hypermobility. All three things apparently common with children under the GDD umbrella.

So, here we are and here is my beautiful boy (that’s right, he really is)…

Welcome to my blog.