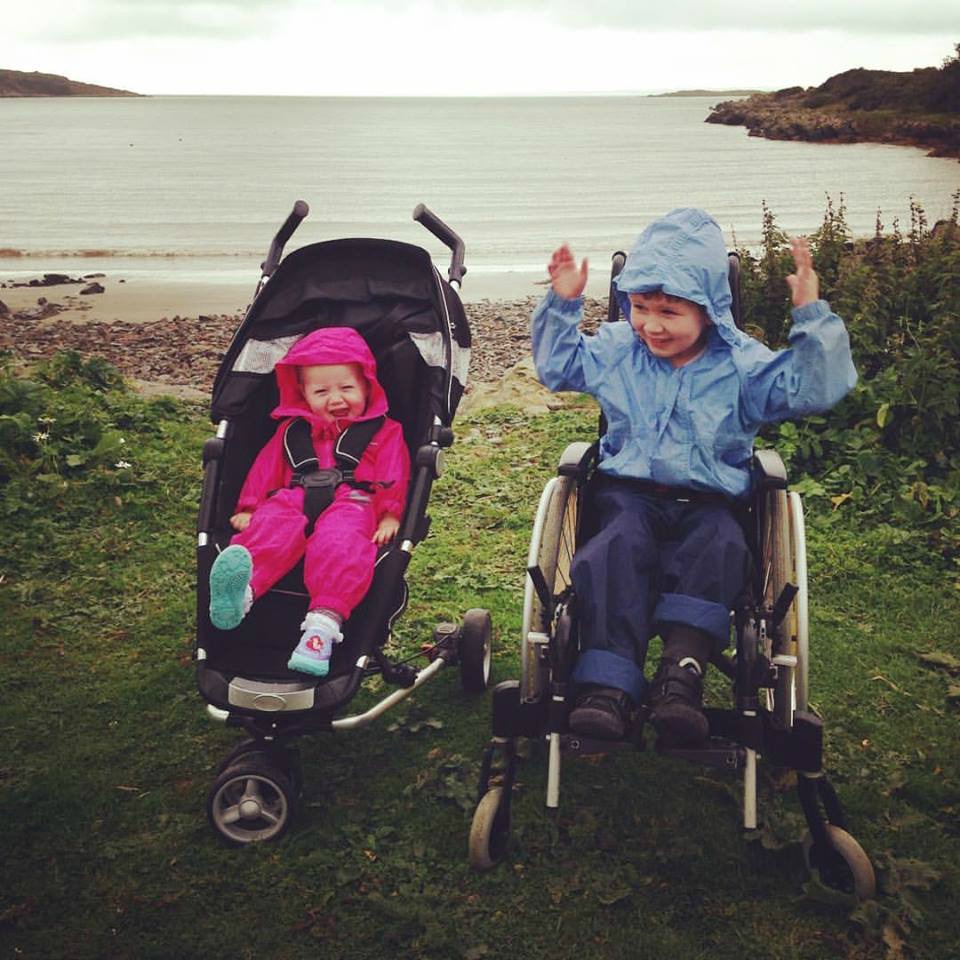 As  Brody gets older, his disabilities become more visible to those around us  – wearing nappies, sometimes dribbling, noises instead of words, his cognitive ability and movements.

And of course there is his wheelchair.

Last year Brody outgrew his buggy and we found ourselves at wheelchair services being measured for our first wheelchair.  I’ll admit I had mixed feelings about it at the time. Not because I was ashamed or embarrassed, but because I was sad that we needed one. It wasn’t something I envisaged as part of Brody’s future. It was one of those little reminders that Brody isn’t following a typical path and one of those appointments that left me having a cry in the car afterwards.

But the wheelchair has been great. Pushing him in it is much easier than the buggy he was too big for. And sometimes it helps by providing a quick explanation to strangers when he has challenging behaviour. I suppose because with a wheelchair disability is quickly visible.

But it took a while to get used to having it because I wasn’t prepared for was the reaction of others. Sometimes I have found people see the wheelchair before they see Brody. And sometimes I’ve felt like I have to justify him having one.

The first time we took Brody out in it I couldn’t have guessed a piece of equipment could attract so many glances. And whilst in reality sometimes it has been my imagination, you fast get used to people looking and learn to ignore it.

Sometimes it’s the same look that gets thrown your way when you park in a disabled spot by an ignorant passer-by who thinks you don’t have the right to. The one before they see the wheelchair in your car boot or hear your child makes a noise that suggests that they aren’t a typical 5 year old. There is a real lack of awareness of invisible disabilities and I think if you don’t have a wheelchair and your disability isn’t immediately visible, you come across a lot of rude people when parking your car in a disabled bay.

Sometimes it’s a child asking their parents about Brody, who mostly in hushed tones tell them to be quiet. I get this. They are just trying to avoid awkwardness and are worried about being offensive. Talk to us though. Honestly no one ever minds polite questions and Brody loves other kids when we’re out and about.

Sometimes it’s a person who just stares…and stares. And I wonder if they realise they’ve been staring for so long or if they’re just incredibly bad-mannered.

Sometimes it’s because we are walking with Brody alongside his wheelchair. You suddenly feel like an Andy and Lou sketch from Little Britain. It’s amazing how many people think that all wheelchair users can’t walk at all.

Brody can walk but he can’t walk distances. His legs tire easily and they give way. Some days they’ll just give way regardless of whether he has been active or not because he has low muscle tone and hypermobility. He also has the tendency to refuse to walk and no danger awareness. So we need the wheelchair for when he can’t or won’t walk because he is too heavy for us to carry him. This means we need to take it with us everywhere.

At the end of the day a wheelchair just takes a little getting used to. But it’s a must have for us and really helpful. And of course, the reactions aren’t all bad. Sometimes, a friendly stranger just wants to say hello to a beautiful face and add a “nice wheels”.

I suppose when you first get a wheelchair, or at least when we did, you can feel at times like all eyes are on you and your child. And it can feel uncomfortable. But the reality is we all look at one another and there are always going to be people who are ignorant to disability or just like to stare – whether you have a wheelchair or not.

So – we’ll just keep on rolling…

This blog was originally written for and published by Firefly Community