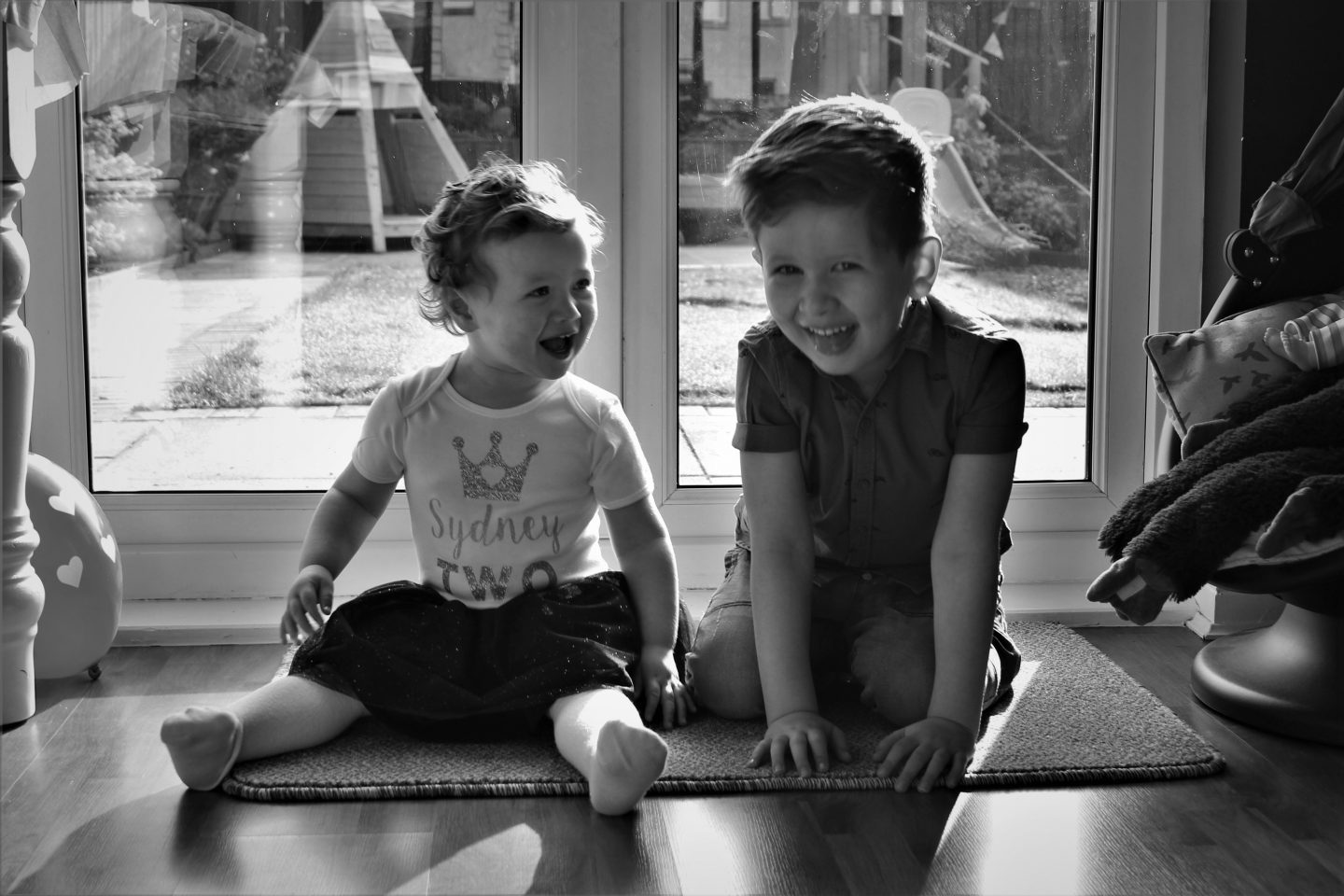 My daughter Sydney recently had her 2 year developmental review with our Health Visitor.

Sydney is a neuro-typical toddler in every sense of the word. She is everything that I used to read about in those Baby Centre milestone emails that I subscribed to when I had her brother Brody.

Before I started to delete them.

She is every toddler meme that I’ve seen on my Facebook newsfeed. She is every status that I’ve read over the years from fellow mum friends. She is totally different to what I am used to as a mother.

I stopped measuring and charting her head size in the red book and worrying about the next list of milestones quite a while ago now. Sometimes I still can’t believe that. When she was born, it consumed my thoughts as I didn’t want to miss anything.

Sydney’s review brought back memories of how much I dreaded any review meeting with the Health Visitor when Brody was her age. And how much I hated the red book with its list of expectations. It felt as though it was there purely to point out what professionals thought was ‘wrong’ with Brody. It made me feel like a shit mum and as though my child was being judged on his abilities when he was amazing no matter what he could or couldn’t do.

As expected, Sydney’s review was a totally different experience.

“Can your child run?”

“Can your child recognise themselves in a photo?”

“Can your child put two or more words together?”

But both had completely different answers.

And I admit, although I felt guilty about it, I was relieved.

When it came to Brody’s 2 year review, I was filled with dread. We’d never been able to tick all of the boxes in that red book and we ticked less and less as he became older. With time, he was growing further apart both cognitively and physically from his peers.

I knew that he should have been able to do most of the things listed from watching my friend’s children develop and from sitting at baby and toddler groups watching the other children do things with ease. But some of the questions I admittedly thought were ridiculous. To me, some of that list was child genius territory. Because it wasn’t my norm. And Brody was my first child.

We sat and went through the list in a room with NHS coloured walls and my ears felt like they were stuffed with cotton wool. My face felt hot from trying my hardest not to cry. And at some point she decided that there was no need to continue.

Then she threw the sucker punch. She suggested that I should consider applying for DLA.

And the tears came.

She was calling my child disabled.

It was like going from knowing something wasn’t quite ‘right’ to being told that my child was disabled in one fell swoop.

Up until that point we knew Brody had delays. We had been told that he had Global Development Delay – but nothing else. There were no diagnoses.

But you see, to a newbie in this world that you and I are in, GDD can appear to be something it’s not. You focus on the word delayed and you cling on to “might catch up”. And when your child isn’t given a diagnosis of anything, you really believe that it might be true. You try to push aside the stories you’ve found from Google of children who don’t catch up, and think that you might be in that lucky club of parents whose children do. All the while with a giant knot in your stomach.

Up until that 2 year review, I thought that maybe there was a possibility that Brody would catch up with his peers. But then the word disability was said out loud – thrown into the mix – and everything changed. Even though in reality it really hadn’t and Brody was still Brody. He had always been disabled. I just didn’t know it.

It was the first time anyone had mentioned disability. And it felt like someone was taking my child’s future away. Of course that wasn’t the case at all.

Looking back, I don’t know what would have made that 2 year review easier. I doubt anyone finds people assessing their child’s development enjoyable. But when it’s not just one box without a tick but most of them or all, it’s hard to stomach. Not because you don’t love your child. Not in the slightest. But because it’s a whole new world of worry when you’re told that your baby is disabled. You’re both suddenly faced with a very different future to the one you imagined and you just want your child to be ok and live a “normal” life. Nobody wants things to be difficult for their child. Things that so many of us take for granted. And the guilt of having these feelings is huge.

But you get used to your new normal and adjust. In reality, nothing really changed that day, except my vision of Brody’s future. He was still my beautiful boy. And a form or a label wouldn’t change that.

Today we stick two fingers up to the red book. We take things at Brody’s pace and we celebrate every mini and milestone. But although we’ve got a few diagnoses under our belt, we’re still without an overarching diagnosis. We’re still in Global Development Delay limbo. And I still remember how that 2 year review felt.

I felt completely alone and overwhelmed with sadness.

I hate to think of someone feeling the way I did back then. So if that’s you, I’m sending tons of love your way. I know some days you might hold your child and wish things were simpler – particularly at all of those hospital appointments. I know that some days you might look into your child’s eyes and imagine what that other future looked like. Sometimes I still do. But I also know how much you love them. And that you wouldn’t change a hair on their head.

If you’re without a diagnosis and have been thrown in to the land of limbo that is Global Development Delay, have a little look at SWAN (Syndromes Without A Name) UK.

This post was originally written for and published by Firefly Community.