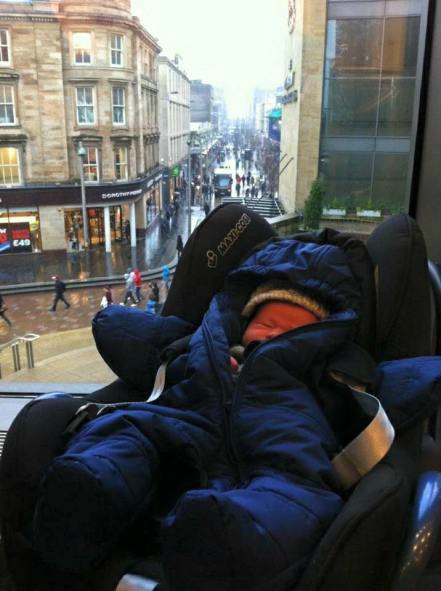 A Mother’s guilt is something else isn’t it?

Ever since both of my children took their first breath, it’s been there. Staring me in the face when one of them fell down some stairs and fractured their leg at 10 months old (cast came off today!), invading my head space when they have chicken dippers and waffles for the zillionth time for dinner or tapping me on the shoulder as I reach for a Rich Tea biscuit to shut them up keep them entertained so I can pee alone (or have five minutes quiet time). Is that the same episode of Bing we watched on CBeebies this morning? Hello guilt my old friend!

When one of your children has additional needs, the guilt is on a whole other level. Those that know – know what I mean.

What if, if only, should of, would of, could of – all enter my head most days. What if he’s been having seizures since he was a baby and we didn’t notice? If only I hadn’t of accidentally banged his head on a ceiling beam (oh yes) whilst bobbing him up and down that time when he was a baby. Should I of been more pushy with my GP and Health Visitor when they told me he was “normal” and every child develops at different speeds? Could we have done more, much earlier?

Timehop even had me recently. A photo of Brody in a snowsuit, sleeping in his car seat in John Lewis, whilst we took him on his first trip to Glasgow at a week old. New parents, muddling our way through (ok, we still are).

He was in that snowsuit a lot at the beginning. I have thought about this over and over again – was he too hot? Did this affect him in some way?

Then when I’m tired and he’s testing my patience – when I lose myself and raise my voice and he doesn’t understand that kicking whilst changing his nappy isn’t fun for mum…I feel awful afterwards.

Honestly, it’s never ending. On good days, I try not to think of the “what if’s” too much. However, on the bad days/weeks mummy guilt can – quite frankly – eat me up and s**t me out.

I know I’m not alone and whilst this should be comforting, it’s actually incredibly sad. I’ve got friends that feel the same way and they are all weighted down by unnecessary guilt. Some blame themselves for genetic disorders; others have similar stories of a bump to the head or being unwell whilst pregnant. Uncontrollable things that happen all the time to most parents! They just don’t have a child with multiple unexplained disabilities and so aren’t racking their brain constantly for unknown answers – not even doctors – can provide.

To my friends who too suffer from this never ending guilt – I can empathise. You are not alone. I know life isn’t always easy for you. I also know that you love your child more than life itself. You are doing a great job, don’t doubt it.

Being a parent isn’t easy for anyone. Being a parent in our world- where you battle your way through some days (most likely sleep deprived), watching the most precious person go through some things that no child should go through – is bloody tough. There’s that saying – life is tough, but so are you– don’t forget it. And please know this – it’s not your fault.